At the end of September Heidi turned three. Save for some bumpy stages two was a cute age on her. :) There are a few things I want to remember:


When we're praying saint litanies she often pipes up with, "Saint Is-is-dore the Farmer" 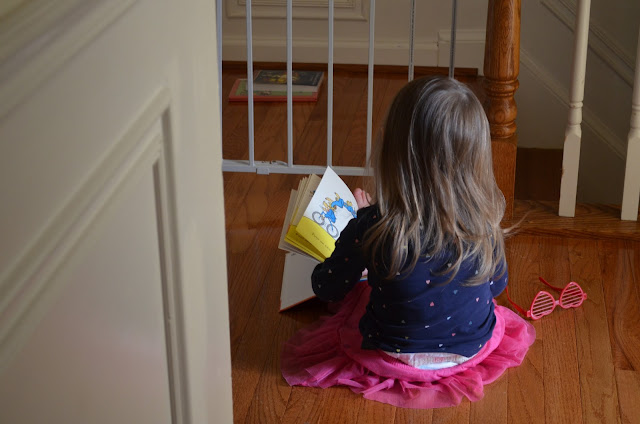 For some reason a while back Tim and I started rhyming things we'd say to her- like "Here's your cup, Mrs. Bup" or "Get your shoes on, Mrs. Blues-on". Not long after we began she started declaring, "I not a bup... (and then proudly) I'm Heidi Jos-fina!". 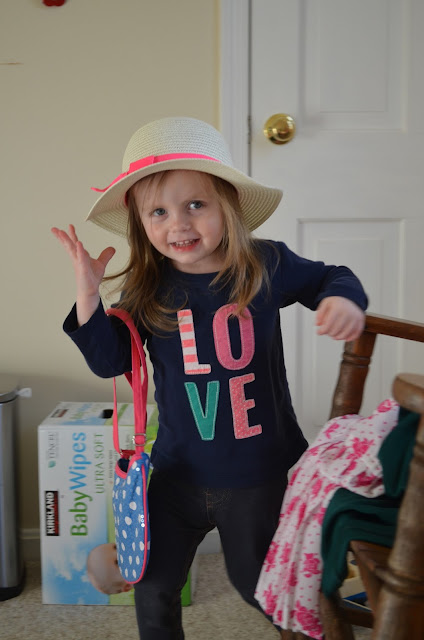 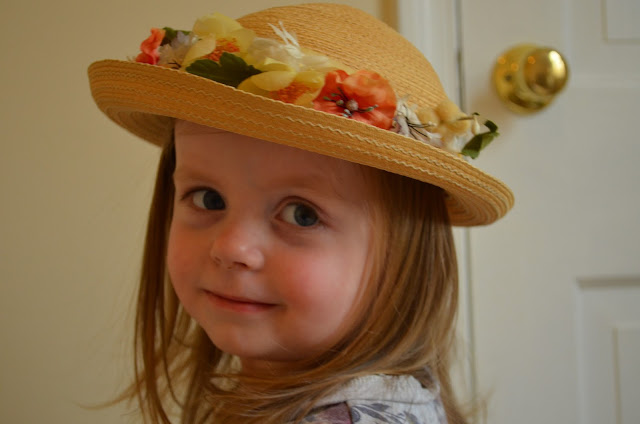 She has her little posse of dollies that she sleeps with and carries around, all of them sans clothing.
A while back she was very big on having them all around her at nap and bedtime. Sometimes when she'd go to lie down the dolls would be taking up all her pillow real estate and she'd cry out, "Heeyy, there's no room for me!"- as if nothing could possibly be done about it. 😁 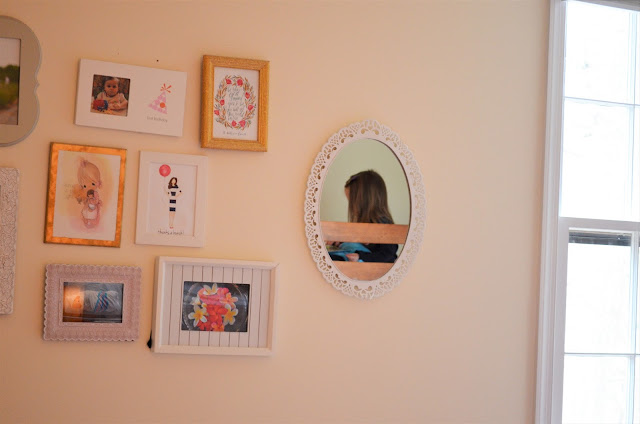 She loves to wear bracelets (when they can be found!) and I'm so glad I snapped a photo of the one day where she accessorized to the max: 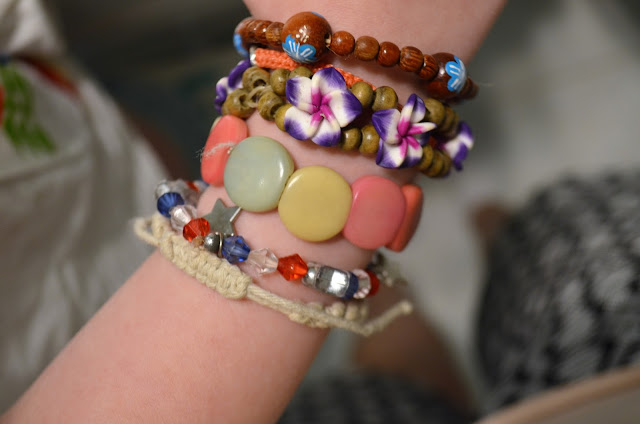 She loves to do whatever her big sisters are doing and often quietly follows along. Recently we were at an Oktoberfest celebration where older kids were involved in a game that required the participants to be blindfolded as they crawled on the floor banging a soup ladle (grown-ups yelling out "hot" or "cold") until they hit the big soup pot- candy underneath for a prize. Evie and Audrey eventually had their turns and as the game was wrapping up Heidi turned to Tim and asked, "Can I be older?". The organizers let her have a go at it, as Evie and Audrey eagerly aided her along. I couldn't help being surprised that she just went for it with no trepidation- blindfold and all. 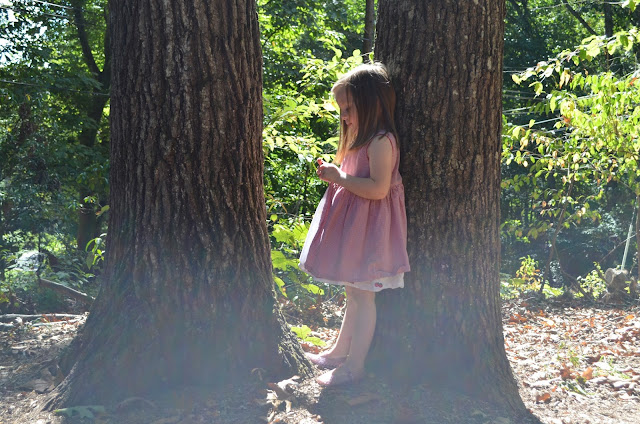 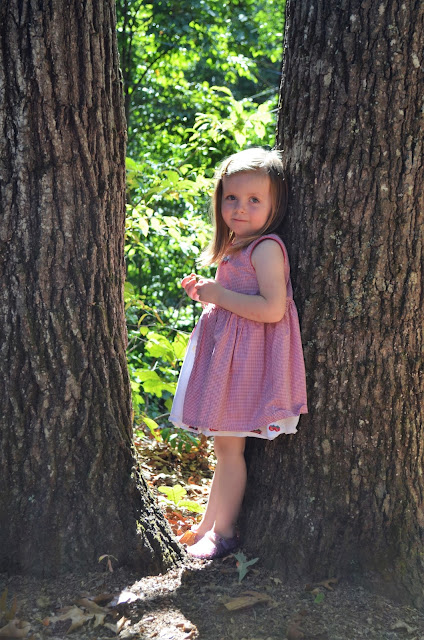 On her actual birthday we had her favorite dinner and opened some presents. In an effort to do something "exciting" I made one of those large cookies for dessert which worked out perrrfectly, since there weren't enough chocolate chips to make a batch of cookies (my initial plan). 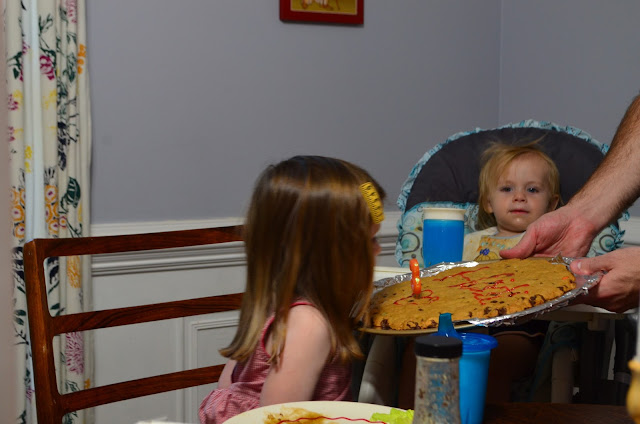 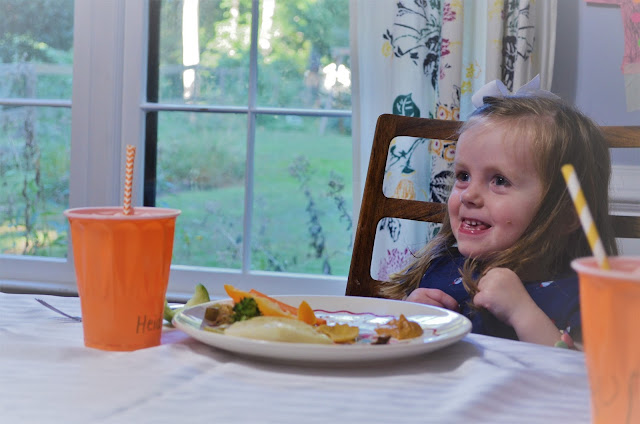 That weekend we celebrated with my family. The weather was nice, so the kids were able to play outside in between food and cake.
In the months leading up to her birthday whenever I would ask Heidi what she wanted she'd tell me, "Chocolate cake! With a number 3 candle!". I love the sweet simplicity of the younger ages! 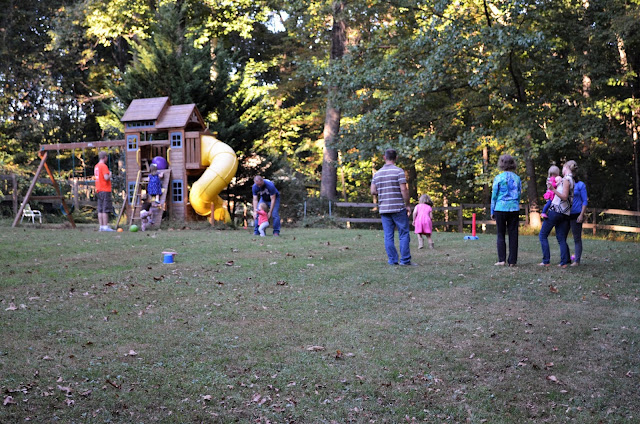 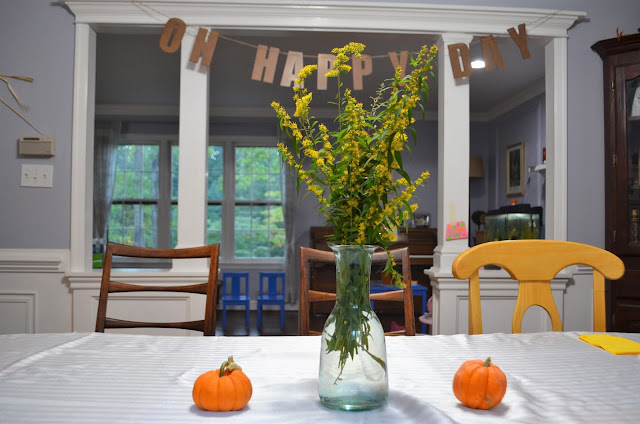 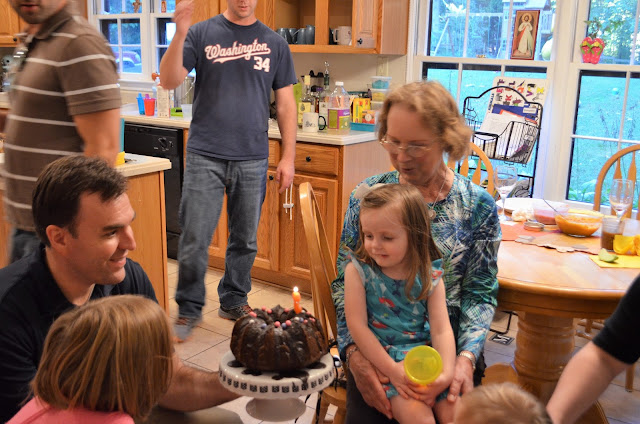 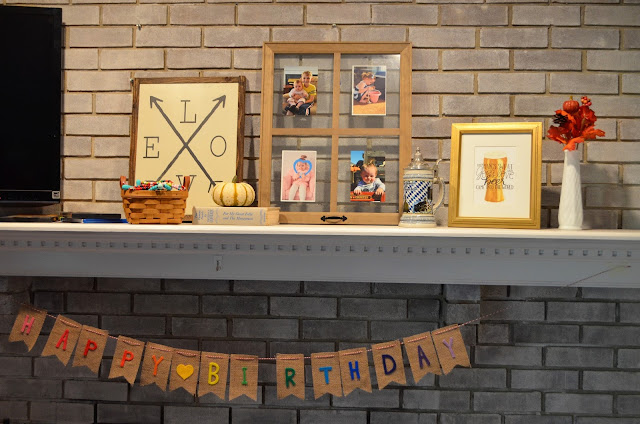 She is such a pleasant little soul and we're so lucky to have her in our family!
3 comments:

Me: Evie, would you like some Canadian Bacon for breakfast?
Evie: Sure. I miss that kind of ham, all my life.

Audrey (on the school nurse): She's nice- she doesn't even have shots.

Heidi (sleepily awakening after a nap): I woke up many years ago. 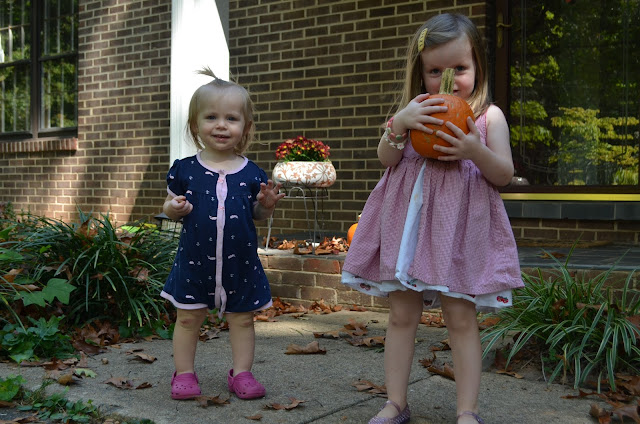 Pointing to the obviously trashed takeout box dumped in the parking spot next to us-
Audrey: Look! A bird feeder. Someone left food out for the birds.

Evie (thoughtfully): Heidi likes to climb things, so when she grows up she should be a light bulb changer or a telephone pole climber.

Hungrily eating a warm tortilla before dinner-
Evie: I feel like St. Brigid...she had nothing to eat except butter. 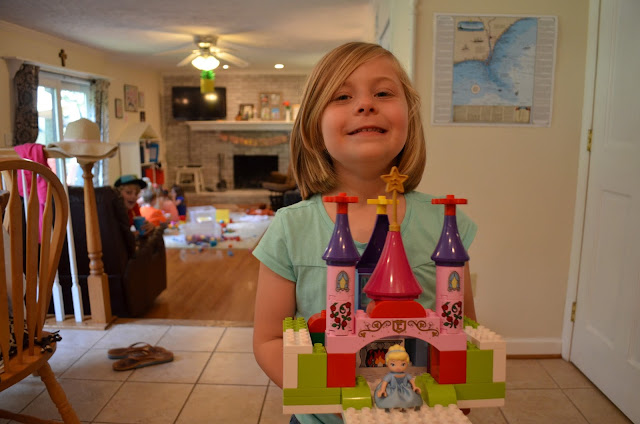 Overhearing the girls playing war(?) in their room-
Audrey (fed up): I don't belong in this war!! I belong in a NICE war, a soft war...

Tim: Would you like to come with me to get birthday donuts for Evie?
Audrey (pleasantly forthright): Okay, but no listening to your news stories (podcasts), since we always listen to them. 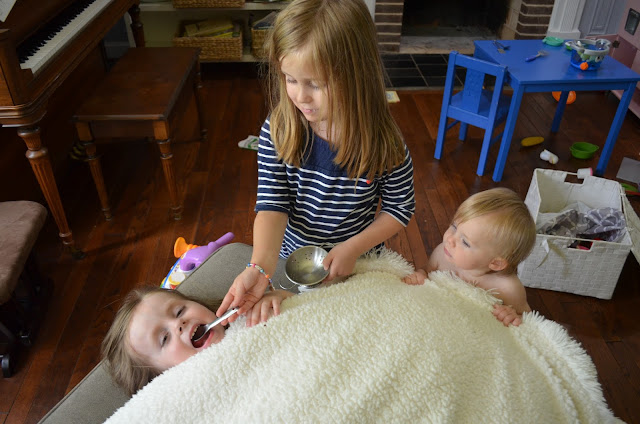 After enjoying an afternoon snack-
Evie: That blueberry cereal bar felt like a little piece of pie cut into a rectangle.

In a disagreement about whether Tim is tall or short:
Audrey: Well, one time a stick was taller than him, so he's short.
#logic  :)