In February was our second family wedding of the year- my youngest brother got married.
We had another frigid spell here, so the night of the rehearsal dinner was freeeezing, but a good Irish meal and drink helped take the edge off. ;) 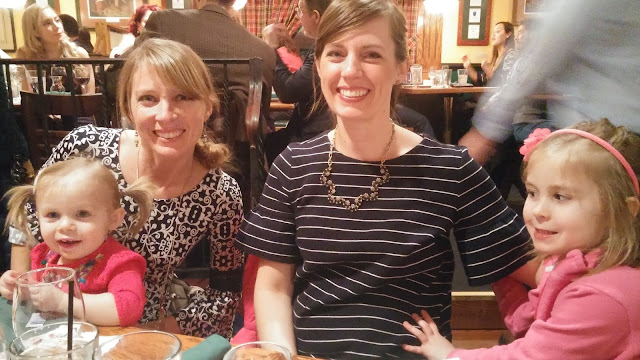 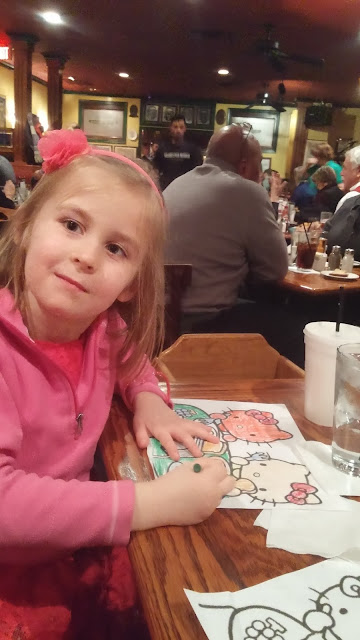 Thankfully the day of the wedding was warmed a bit by the sun and it wasn't very windy. The wedding was at the church we attended growing up, so it was really neat to revisit.

Most of the pictures are from my cellphone; I wish the quality was better! 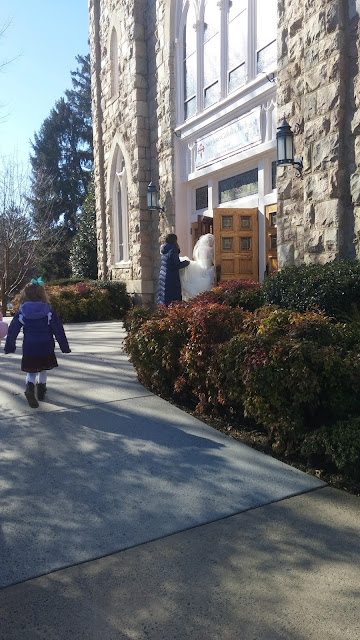 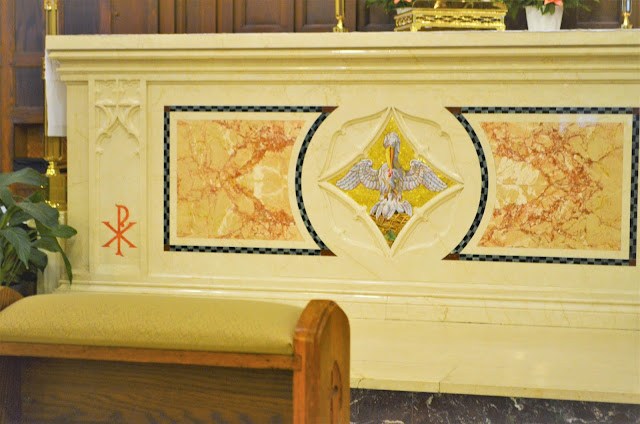 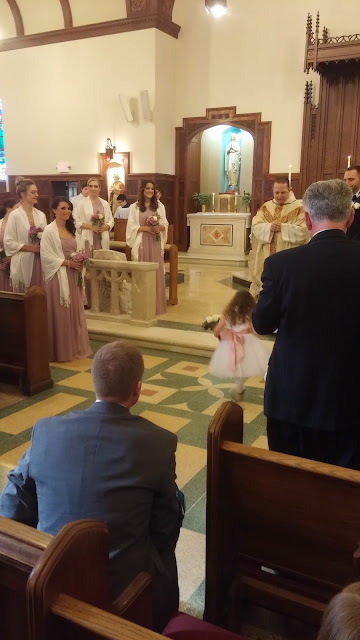 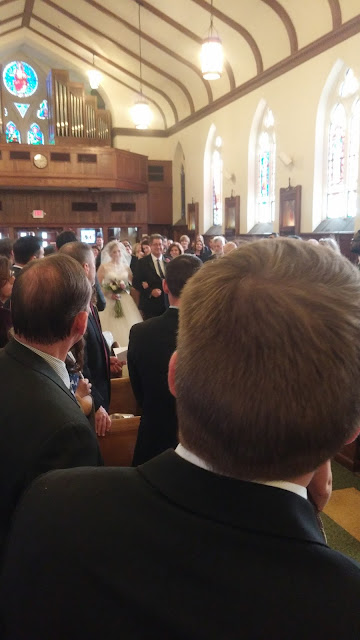 Such a lovely bride! 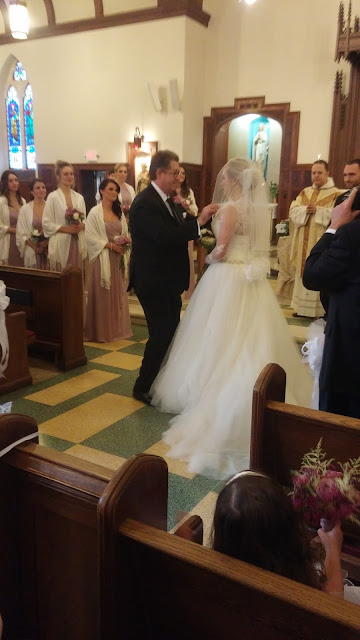 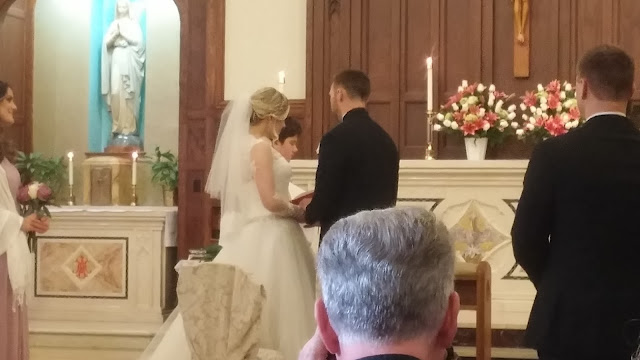 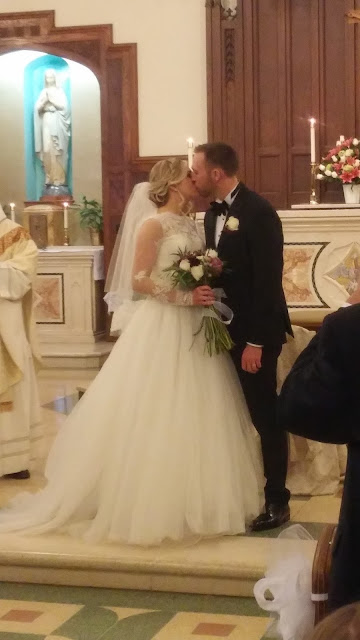 It was a beautiful wedding and the priest gave such a powerful homily about the importance and impact of spoken words. Also, I realized he was a Dominican, so of course his homily was very good. ;) 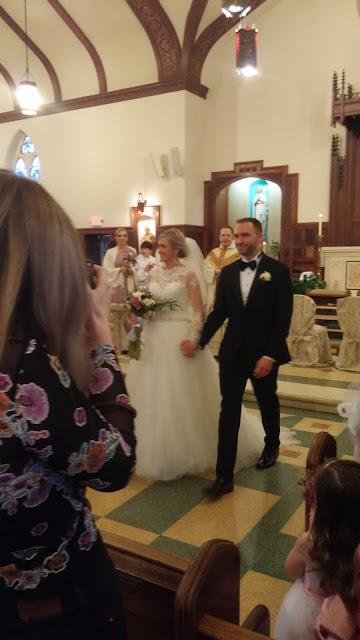 This was our attempt at getting a picture of the grandkids together: 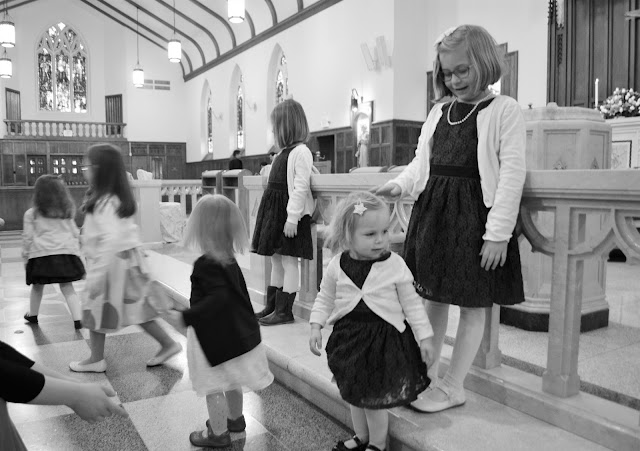 Sadly, several family members from our side weren't able to travel two months in a row, so they were missed! 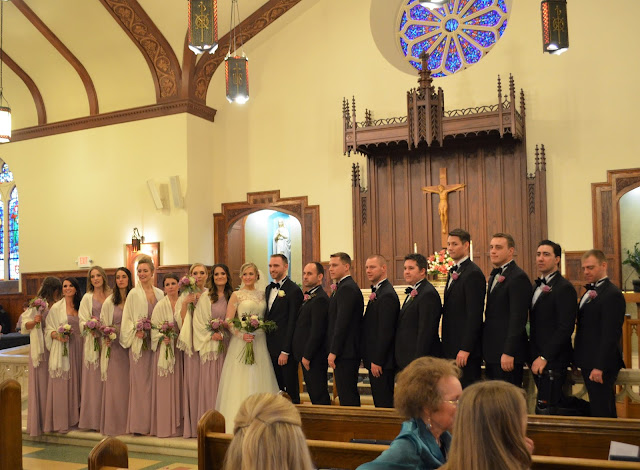 The reception was at a beautiful manor out in the country. It was such a great reception but I think it was about the time my wine was knocked over, or I made the third trek to the bathroom just during dinner, that I kind of wish we had gotten a babysitter, at least for Cora (who would NOT sit in the highchair and just wanted to clamber on anyone's empty seat). It was frustrating wanting to talk to relatives and really just enjoy the reception but feeling instead like I was always on the fly, counting heads, making bathroom visits and cleaning up food messes. This is the last sibling wedding on my side of the family and I think that added to my feelings of frustration. C'est la vie. At least the older girls have special memories of these weddings and I'm glad they had those experiences. 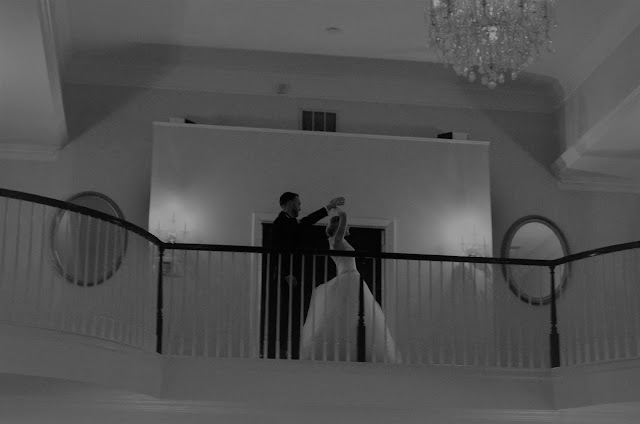 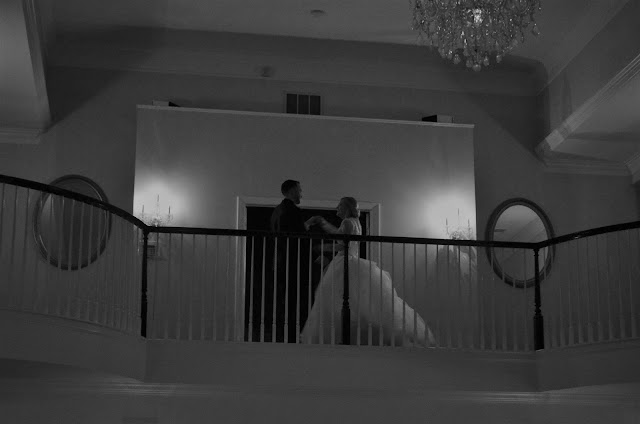 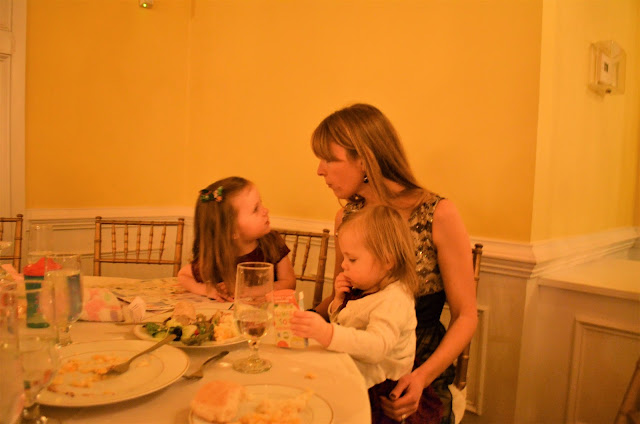 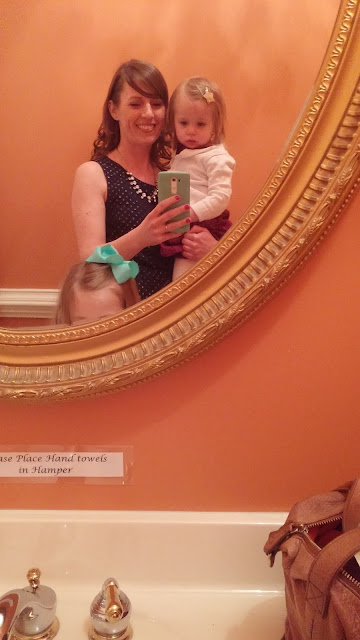 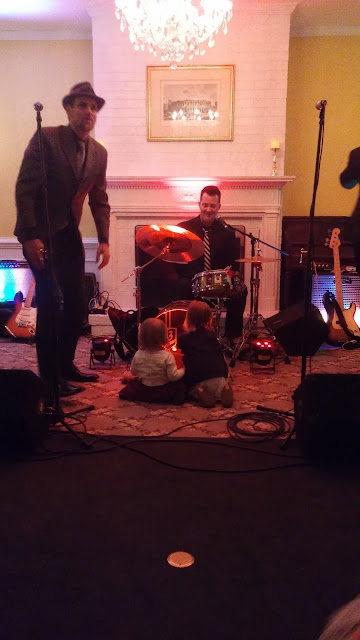 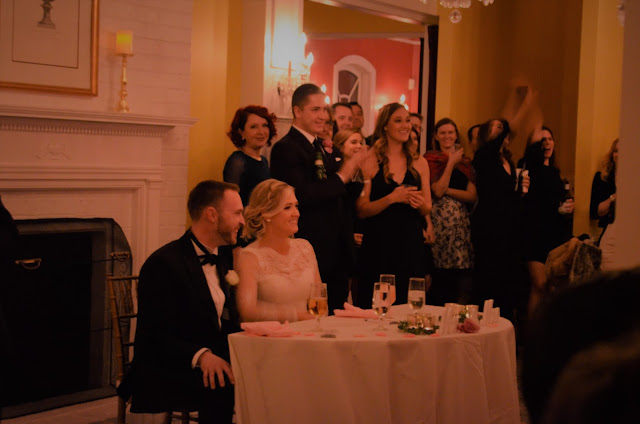 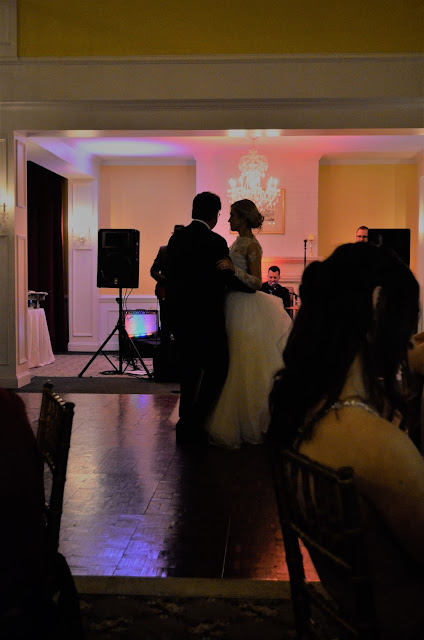 Instead of cake there were donuts! So many different flavors, I had a hard time choosing. 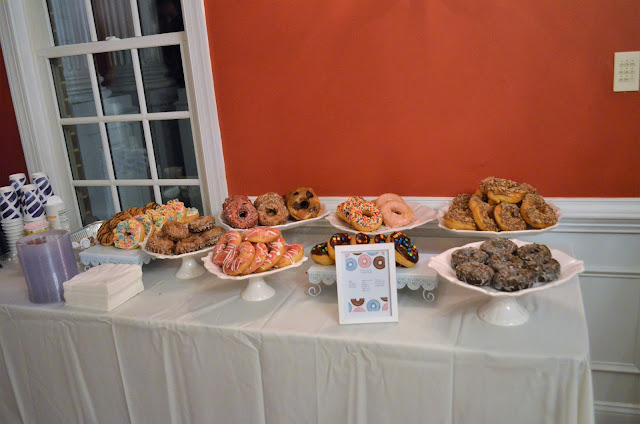 We had a long-ish drive home, so we left before the bride & groom made their exit. Right before heading home I insisted on getting a photo of everyone- large, individual bathrooms for the win! 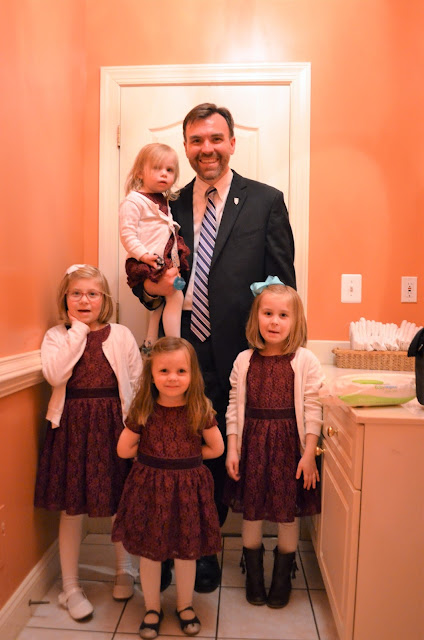 Phew- glad I blogged this before April arrived. Also, my new sister-in-law is the host of EWTN's Prolife Weekly, so you should watch her show!

Have a blessed Holy Thursday!
3 comments:

Email ThisBlogThis!Share to TwitterShare to FacebookShare to Pinterest
Labels: family 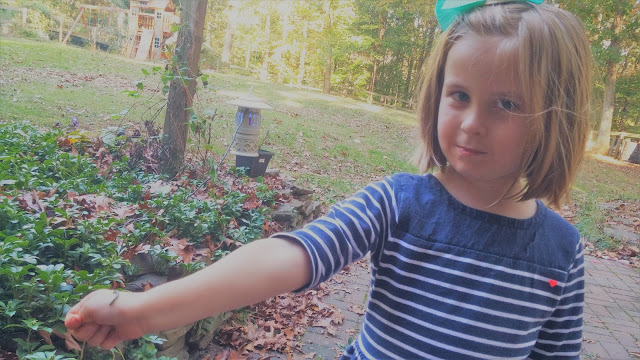 Audrey holding an inchworm:
"Just look at yo'self. You're adorable!"

Heidi singing:
"Oh Susannah! Oh won't you cry for me. I play the banjo wif the banjo on my knee." 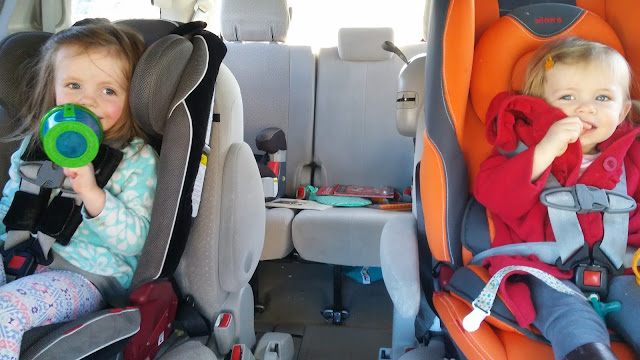 Evie (while she was reading Pioneer Girl):
"The book that I'm writing in my head is called Modern Girl. About my life. It'll take days to read."

Audrey working on something:
Don't worry. There's constructions in this book, so I know how to do it. 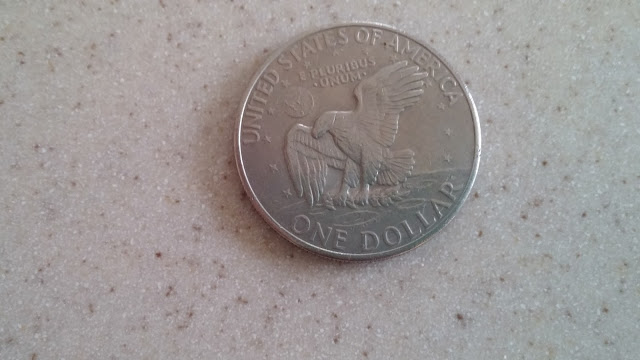 Evie, while watching an Olympic figure skating couple make a mistake:
"Or maybe falling is part of their dance..." 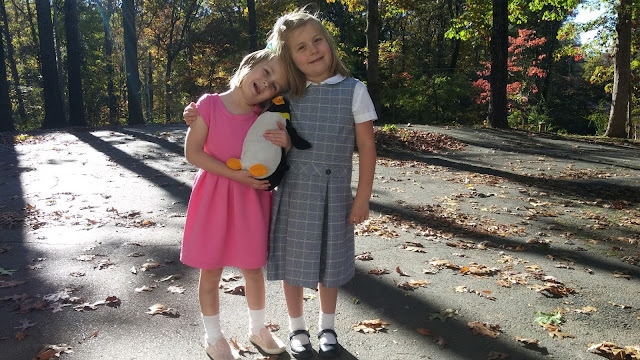 Audrey helping to wash the younger girls' hair:
"First I'll wet it, then I'll champagne it." 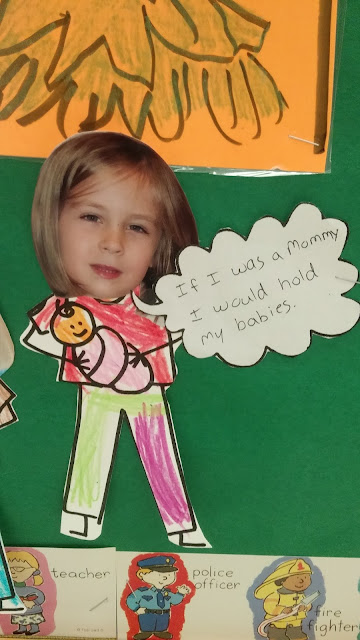 And an endearing parenting moment- the other night I was dressing the younger two while Evie was waiting for me to turn on the shower. I hollered at her that with four of them I can't be everywhere at once, and sometimes they need to try and do things themselves. From the bathroom I hear, "Evie, you can do this." 💛
1 comment: