Wow, it's almost the end of March and to be honest I can't really remember much of our February- for one thing, I know we got snow!

And one recurring theme: expectation vs. reality.

After four+ years in this house we finally purchased some bookshelves! I ordered this Billy set from Ikea that comes with extensions on top to really give the feel of built-in shelving. Well, guess what? I didn't bother to measure and the extensions don't fit because of the crown molding! Womp, womp. And this is why I throw in the towel with any kind of design "project"- things hardly ever just work. I feel like everything turns out to be "meh" or "we''ll live with it". Why can't things just work and be great with minimal effort on my end? WHY??

I didn't take a picture yet, but I also ordered new lamp shades for the lamps in our family room. The old ones were a sight- cracked in multiple places from careening to the floor multiple times and even random water stains(?). Well, cylinder lamp shades aren't super common and I could only ever find them in one size- shorter than the original ones. I ordered some anyway and while they do look nice and pristine, they're noticeably shorter! Completely and utterly first world problems, but there you go- expectation much greater than reality. 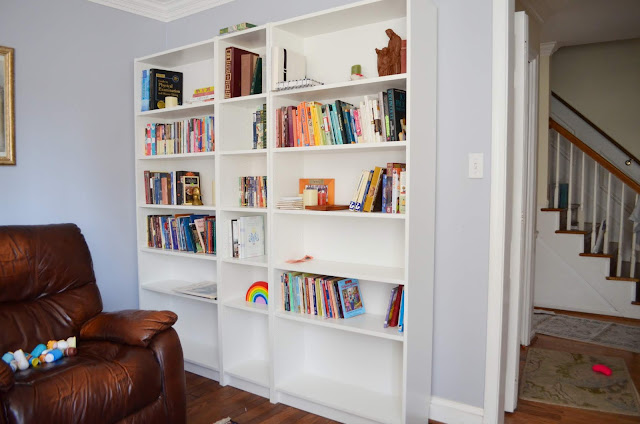 One of my favorite thrifting finds of that month was this Jadeite bowl! 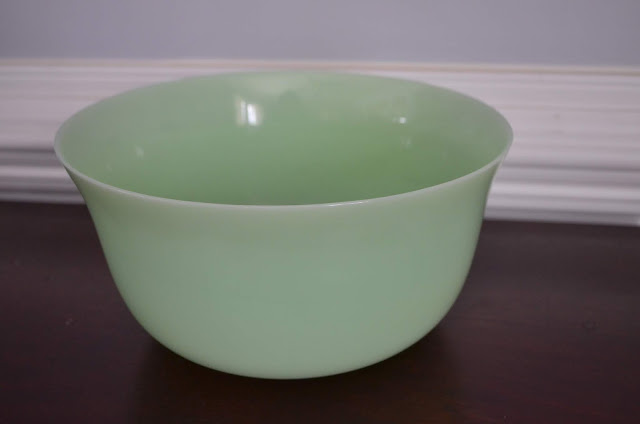 I saw a picture in this book of a similar bowl filled with peonies, so that's something I'm excited to try when the season comes.

I also ordered and put together a garment hanger for my shop, and I cannot stop wondering why it took me so long to look for one! I think I had it in my mind that they were $$$ but I found this well-reviewed one for a decent price on Amazon.
.........

On the kid front- Evie has lost both top front teeth!

The Ides of March hit us something fierce a couple of weeks ago. It began with Cora needing to go to the ER in the middle of the night on a Sunday. She had croup, which she's had a few times before, but this time her breathing sounded so awful and wasn't improving with any of the at-home measures. I took her to the closest ER and we waited an hour and ten minutes and still hadn't gotten a room or been seen by a doctor. I kept hearing the nurse tell other families "it's really busy and we don't have any rooms", so finally we up and left thanks to Tim's urging by text. I don't like confrontation and hate to seem high-maintenance, so I'm glad he urged us to go or who knows how long we would've waited!

Anyway, we left a little after 3:30 am and by 4:10 we had already been seen by a doctor at another hospital! They took good care of her and thankfully her breathing improved after that visit.

Well, later that week Evie and Audrey both feel really sick. Evie's chest x-ray ruled out pneumonia, showing bronchitis and Audrey ended up with the flu. Somehow Heidi made it through unscathed. After that Tim and I were reeling- it was such a whirlwind blur of a couple weeks! Thankfully everyone is now better and caught up with sleep.
.........

We've been enjoying some warm days here and there, as well as the flowers which are beginning to bloom! Haha, I think I saw A crocus in bloom this year- Cora loved pinching off all the petals- I'm hoping against hope that the tulips are spared. 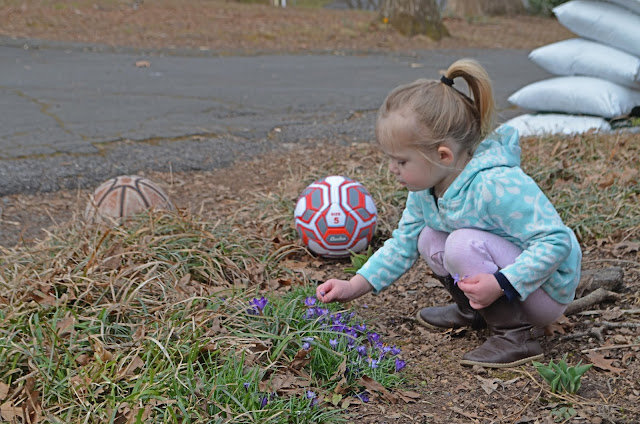 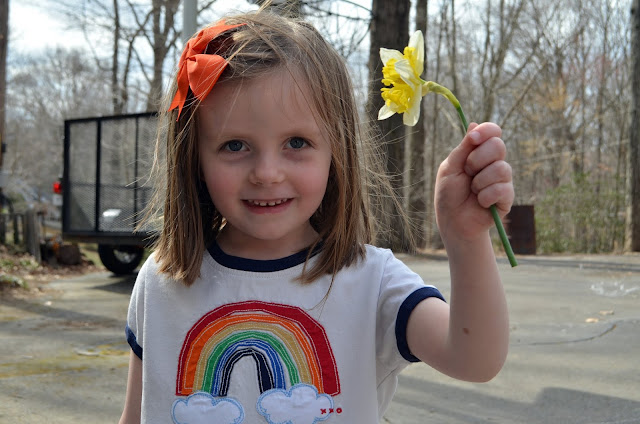 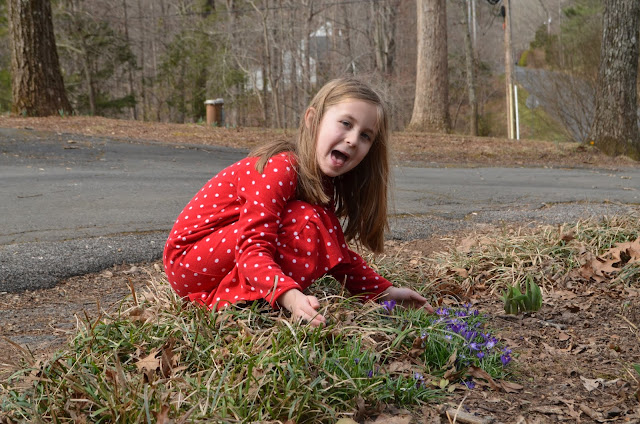 That's all for now!
4 comments:

One night at dinner-
Heidi (in earnest): "How many inches do *I* weigh?"

Me (holding up a white Peter Pan collared shirt): "Audrey, does this fit you anymore?"
Audrey: "It fits me. I just like more artistic things."

Evie looking at Costco's Halloween costumes-
"And they have Batman, and Batman's wife..." 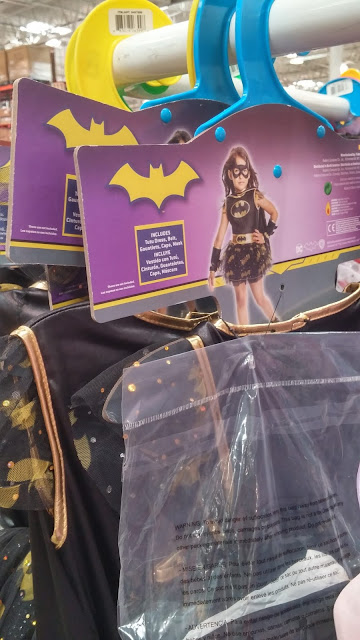 Evie admiring the Nativity scene at church-
"And it has genu-ine straw!"

Heidi: "Mommy, did you know Mary is pregnant? Yeah, look- there's a bump." 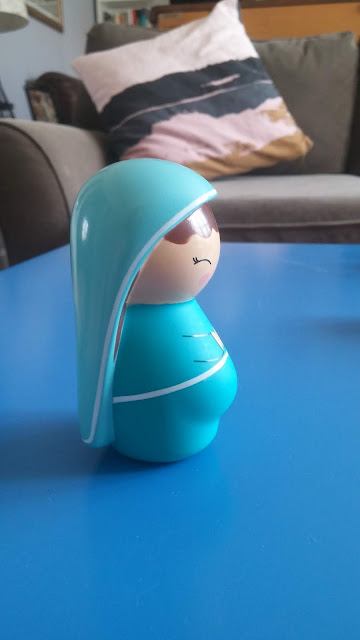 One night I was reminding Evie to wear an undershirt under her play shirts-
Me: "You're getting older and it's just something that older girls wear."
Evie: *giggling* "Like, a, ahh-"
Tim and I both look at each other and know we're each thinking she's thinking, "a bra".
Evie: *giggles some more* (says the randomest thing) "A jacket made out of jeans?"

Tim and I got a good laugh out of that one!😂