In late August we celebrated our 9th wedding anniversary!

Some years ago we realized we had gone to a different restaurant to celebrate each anniversary thus far, so we decided to keep up the trend. This year Tim surprised me by picking a charming French restaurant I didn't even know existed! The food was delicious and of course I felt I needed to be wheeled out after dessert. 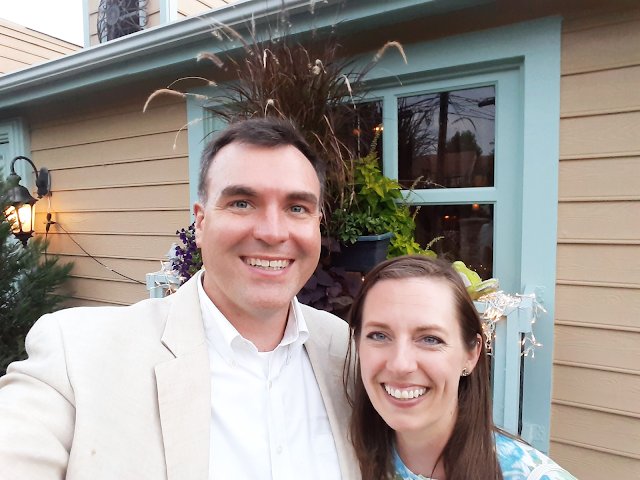 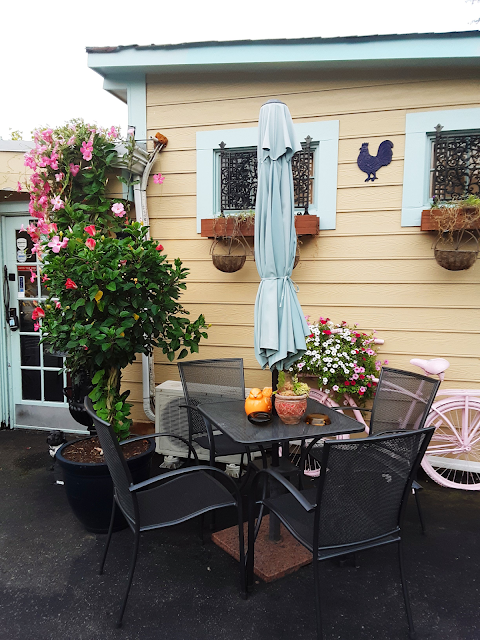 Not too many days after- school began for the older three! 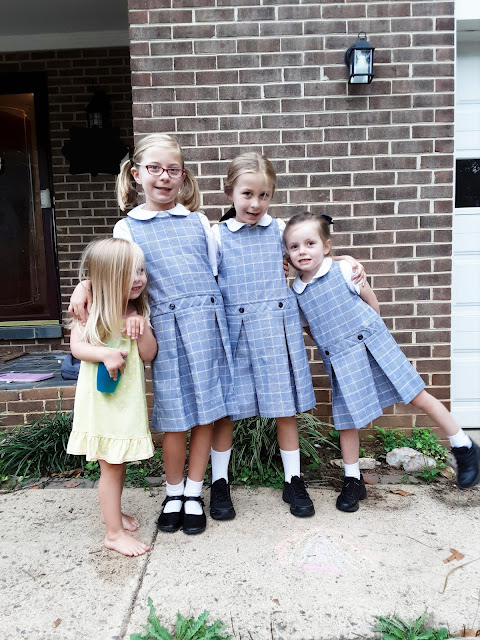 And a couple of weeks later Cora started preschool. She has one of the teachers Evie had.:) 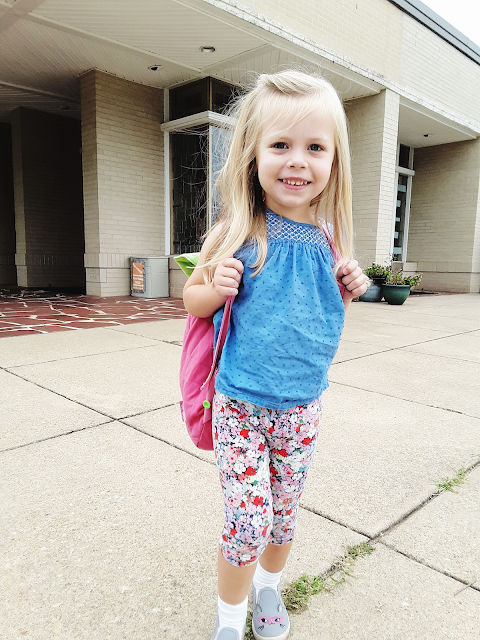 This year September 11th was difficult and emotional for me. I noticed a lot of people posting about their feelings of it and experiences of that day on social media and it dawned on me that we are all still processing it and grieving in our own ways. So much changed that day; there is life before 9/11 and life after 9/11.

The next day was my oldest brother's birthday- he passed away when I was six from an infection in his chemo port. The infection started when he got hit there while playing softball. The longer I live the more I realize grief is not linear. It doesn't come in a tidy little box and then dissipate.
One comfort, though, is that his birthday falls on the feast of the Holy Name of Mary and he died on the feast of Our Lady of Mount Carmel, so I know Mary's got him.

Some things making me happy lately:

I ordered some muslin bags from Etsy in which to deposit puzzle pieces and other game pieces whose decrepit cardboard boxes were driving me batty. Then I measured the shelf area (huge moment of triumph for me!) and found these baskets at At Home that fit just right! I think Mary Poppins would agree- a tidy area is also a joy forever. 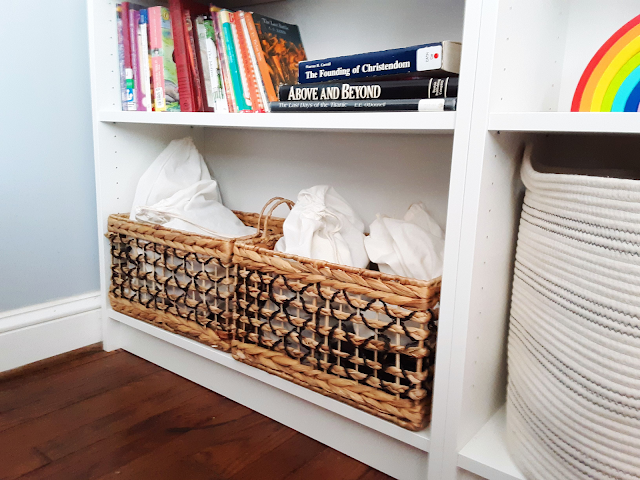 September was SO wonderfully sunny! I've been trying to read on the porch in the afternoons while we still have the warm weather, even if it's just for ten minutes. 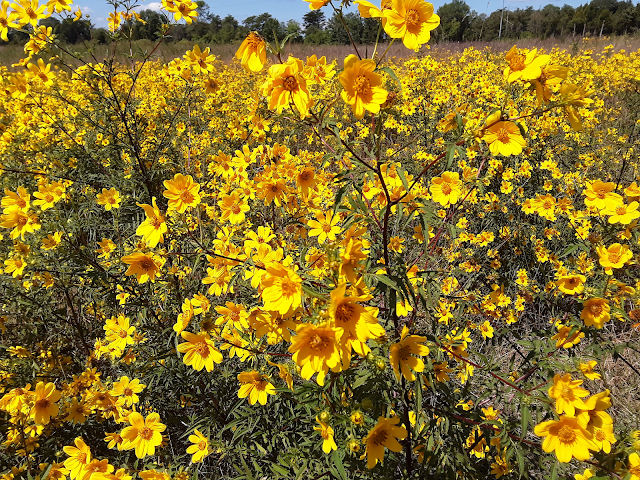 One day I made a trip to Salvation Army but didn't find much of anything. On the way out I stopped by the books and found this set- I could hardly believe my eyes!
I had found several of these books in an online auction some months ago but when they came I instantly could tell they had mold and sent them back.😷 Suffice it to say I'm excited that these are newer editions! 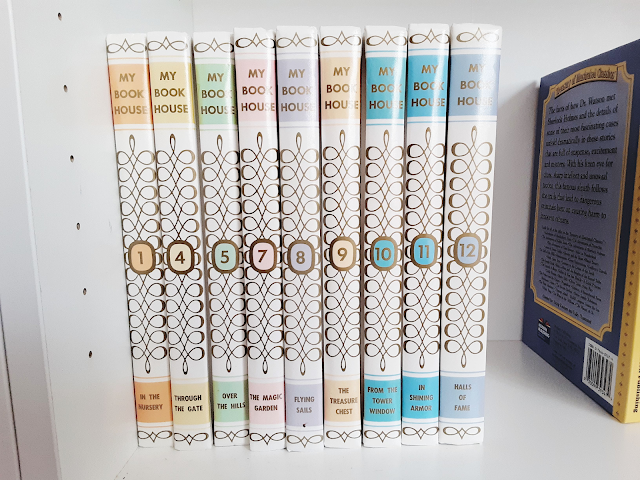 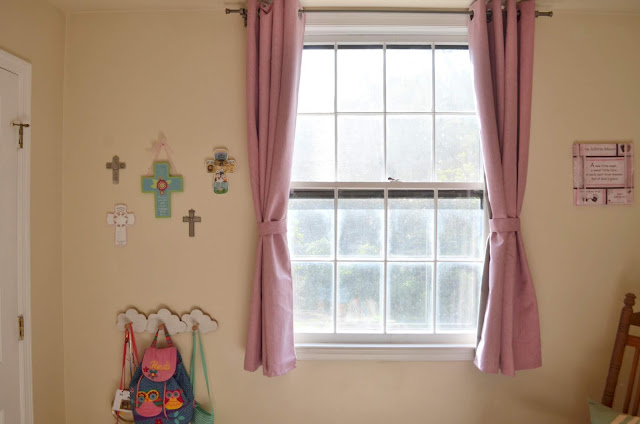