Let's see if I can hit publish on this before Easter...

We had a nice Christmas this year! We attended Christmas Eve mass and then hosted my family at our house afterwards. We had a mix of hors d'oeuvres, and I tried my hand at crock pot hot chocolate + toppings- I think next year I need to figure out a more accessible serving spot for that. 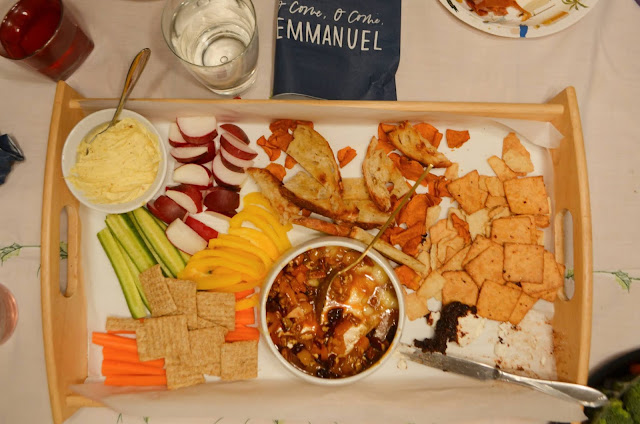 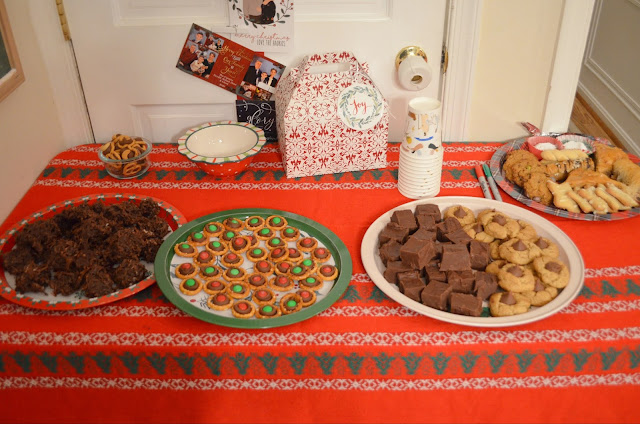 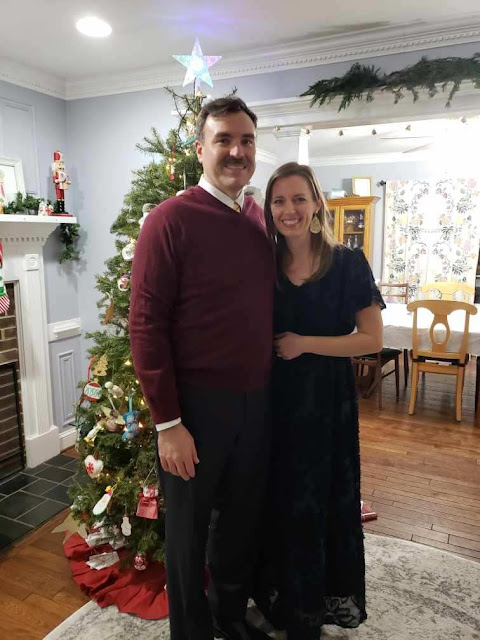 The older cousins put together a Christmas Carol program for the unsuspecting grown-ups.;) 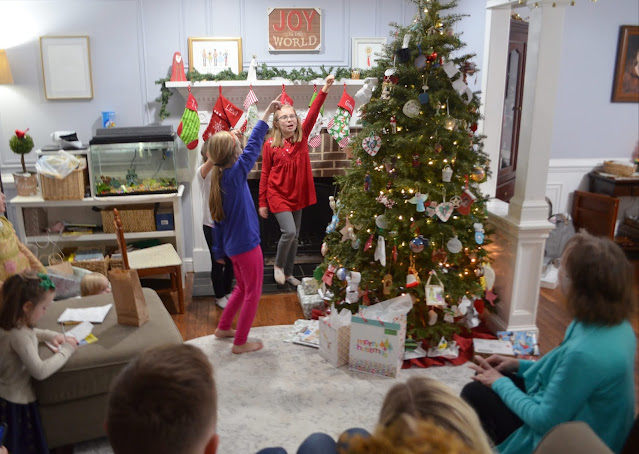 Afterwards the grown-ups exchanged Advent Friend gifts, and then it was to all a goodnight. 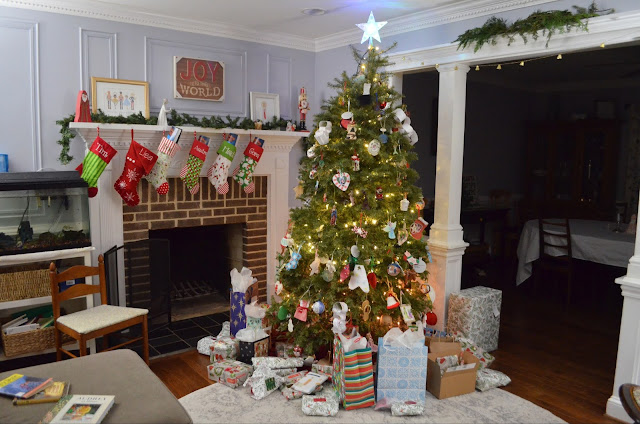 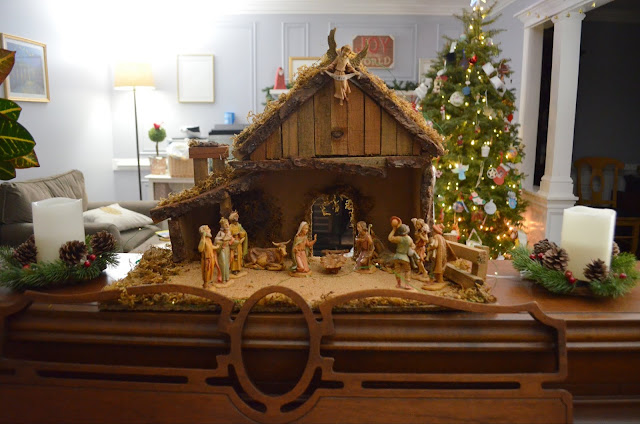 This year Tim and I slept in until 8am on Christmas day. Oops! The girls were really patient about waiting to open gifts, although I think stockings and candy helped a bit with that. 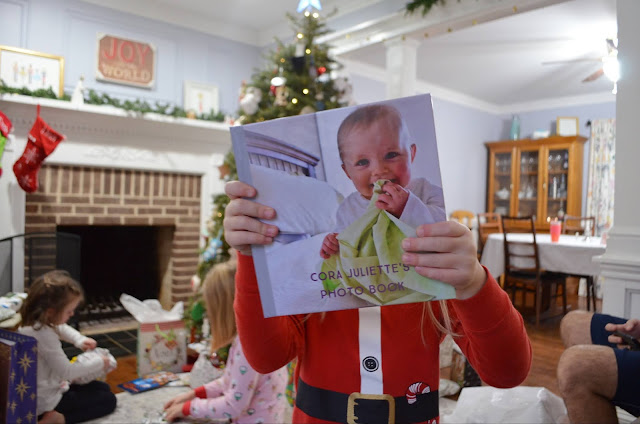 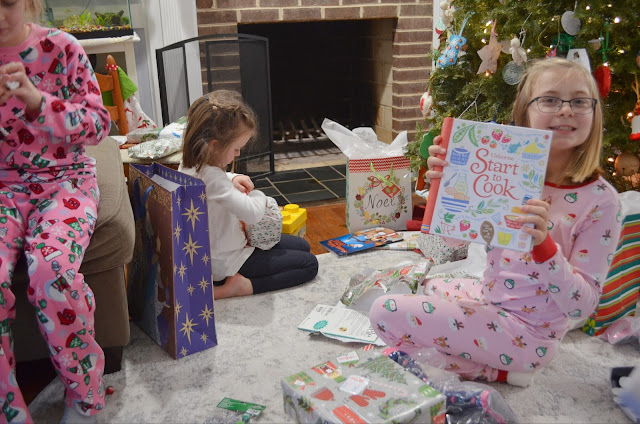 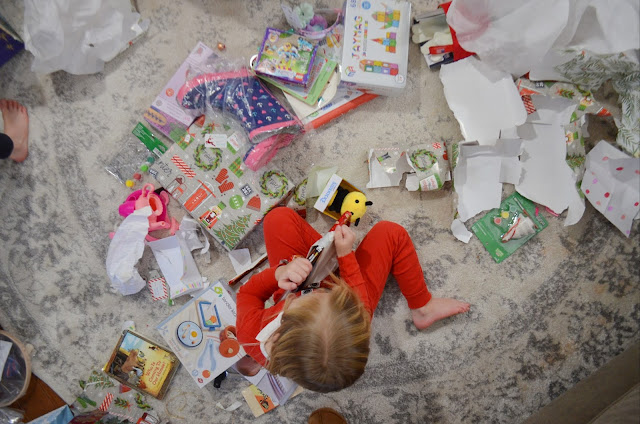 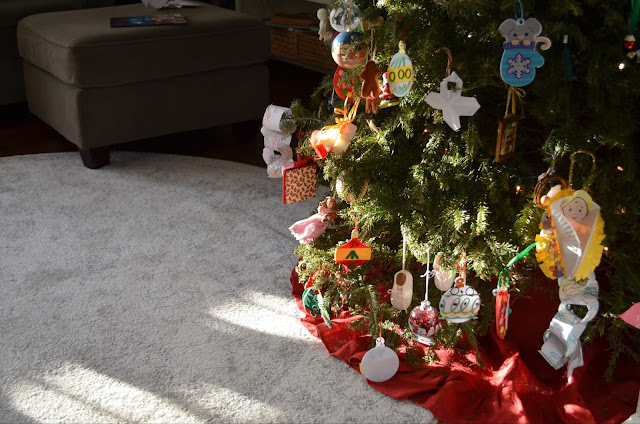 I forgot to mention previously- this past summer we acquired gerbils! Several months ago Tim and I were trying to come up with a low-maintenance pet that would mollify animal-loving Audrey. We talked about hamsters or gerbils but I nixed the idea because I recalled two different instances when my sister's hamster got lost in our house when we were growing up.
Well, some weeks later Tim asked if I wouldn't mind driving to meet a lady to pick up two gerbils off of Craigslist. The story was (I think) that a friend bought them to feed to a snake, but the lady decided she couldn't go through with it, so she listed them on Craigslist and now we are the proud owners of both. The girls dubbed them Humphrey and Hemingway.
I don't deal in any of the cage cleaning. 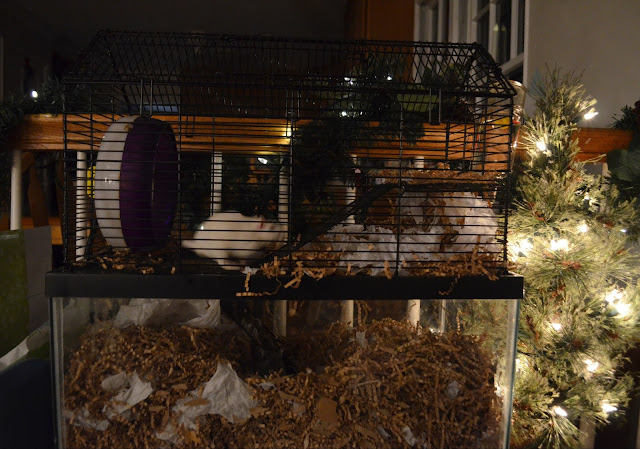 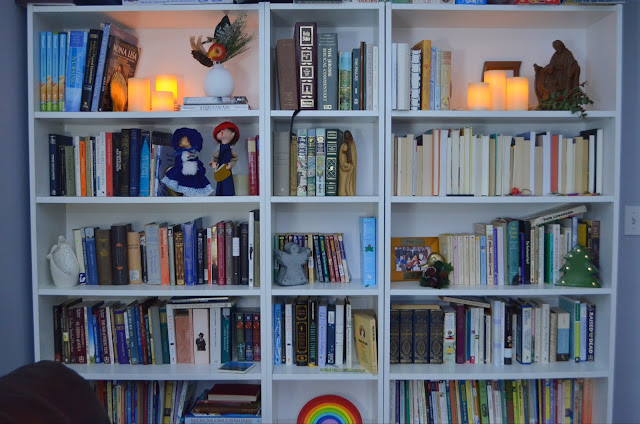 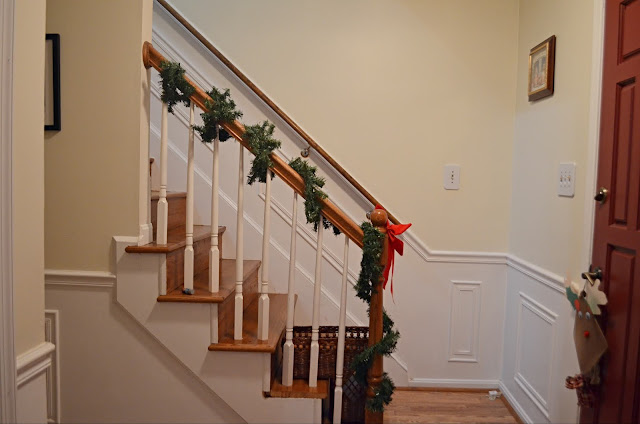 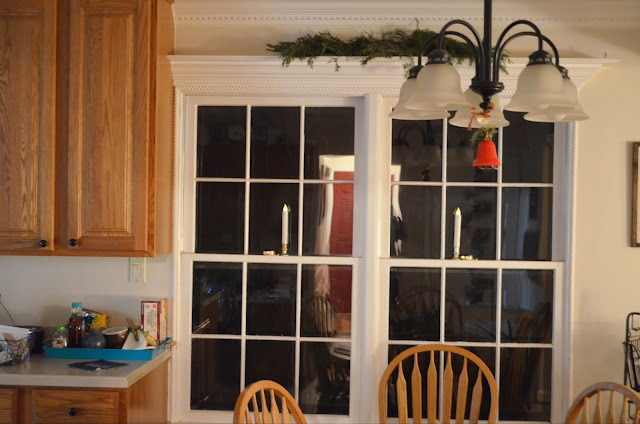 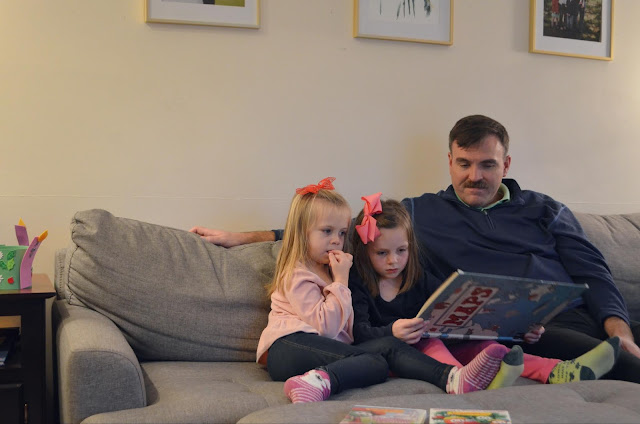 We also got a dusting of snow on Christmas, so we had a white-ish Christmas! 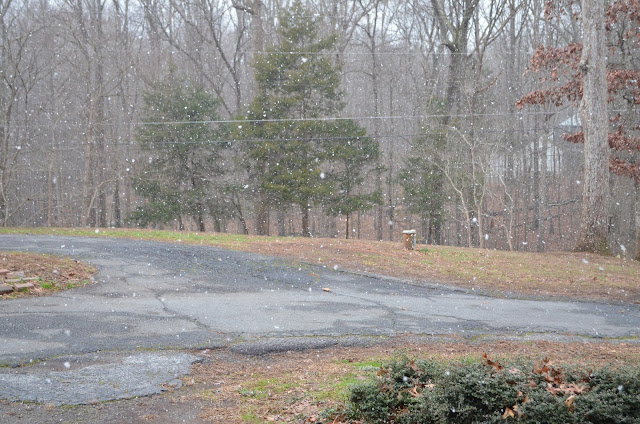 In the days between the years we completed a 1000 piece puzzle. I had gotten Tim a puzzle board for Christmas and was all excited to try it out with this new family puzzle...and it was too big. Womp, womp. But at least the drawers came in handy for holding all the pieces! 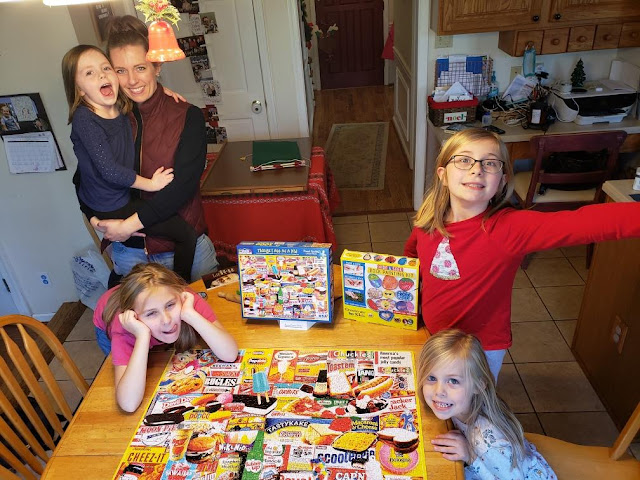 That week we celebrated Audrey turning 8! 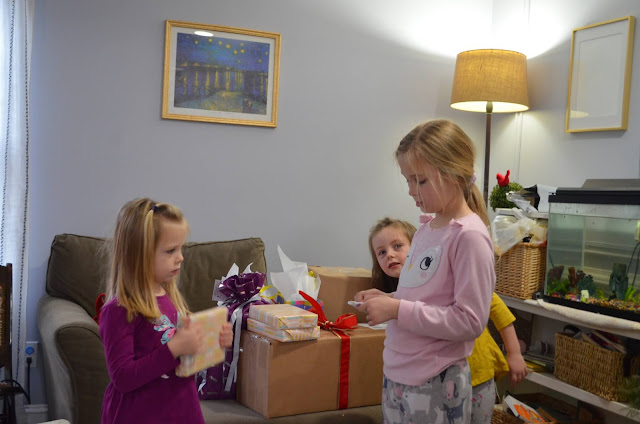 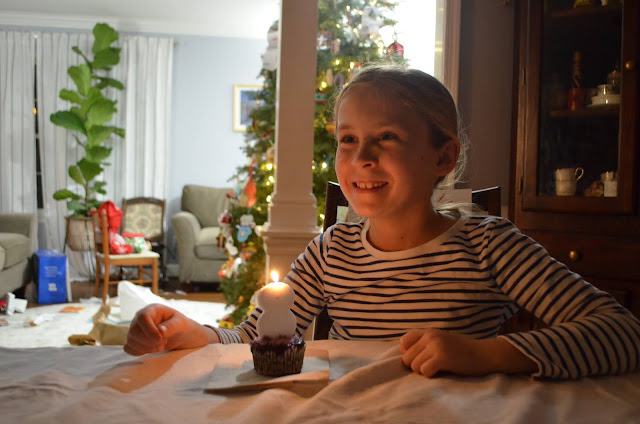 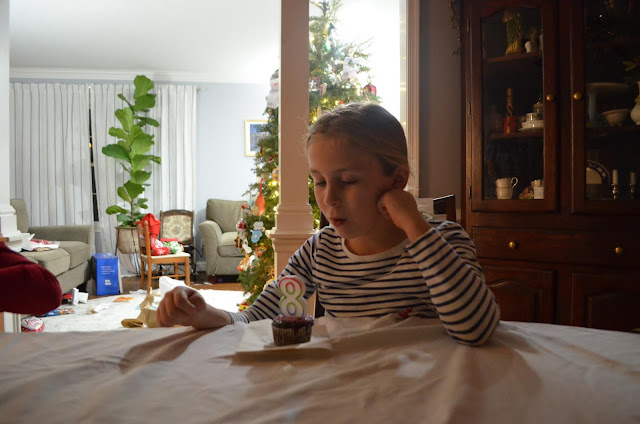 One of her gifts was an American Girl Doll. I found Kit on eBay for a great price- she didn't come with anything but I had a dress on hand from an Estate sale and ordered some shoes off of Etsy. Viola! 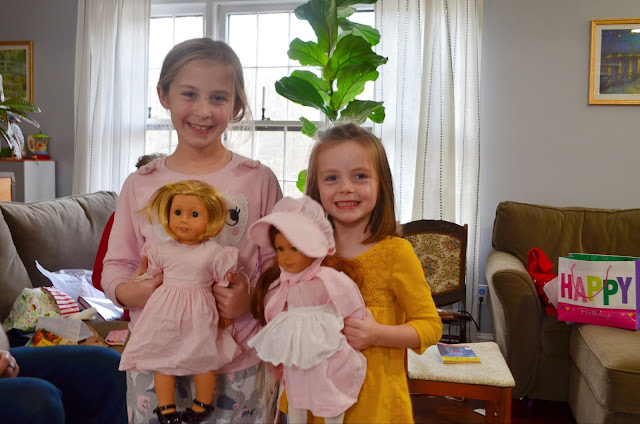 We continued celebrating her birthday on New Year's Day with my family- my brain can't really recall anything else about it other than we served pizza and had a good time. 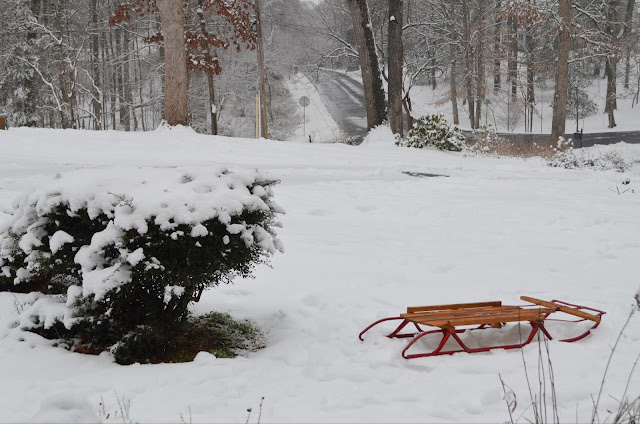 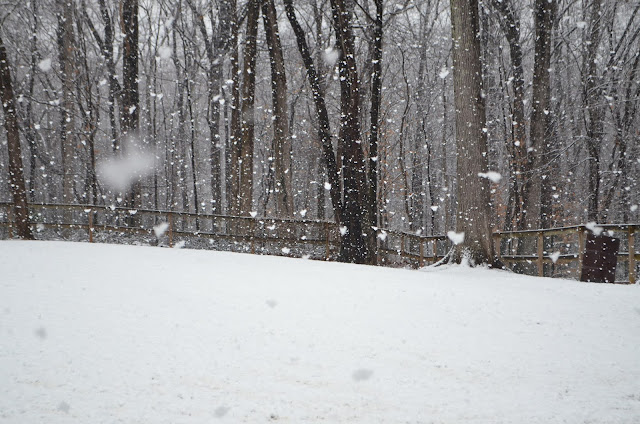 Finally, in late February we celebrated the man of the house in the last year of his thirties! My mom babysat so he and I go out for dinner, and then we had apple pie for dessert back at home. 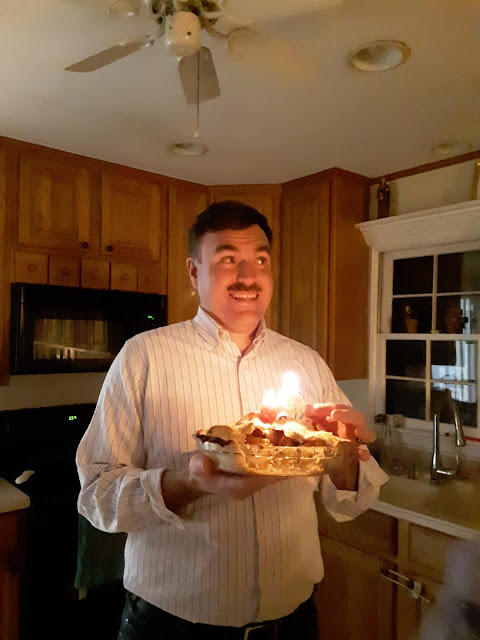 Now we are ready for spring.:)
No comments: